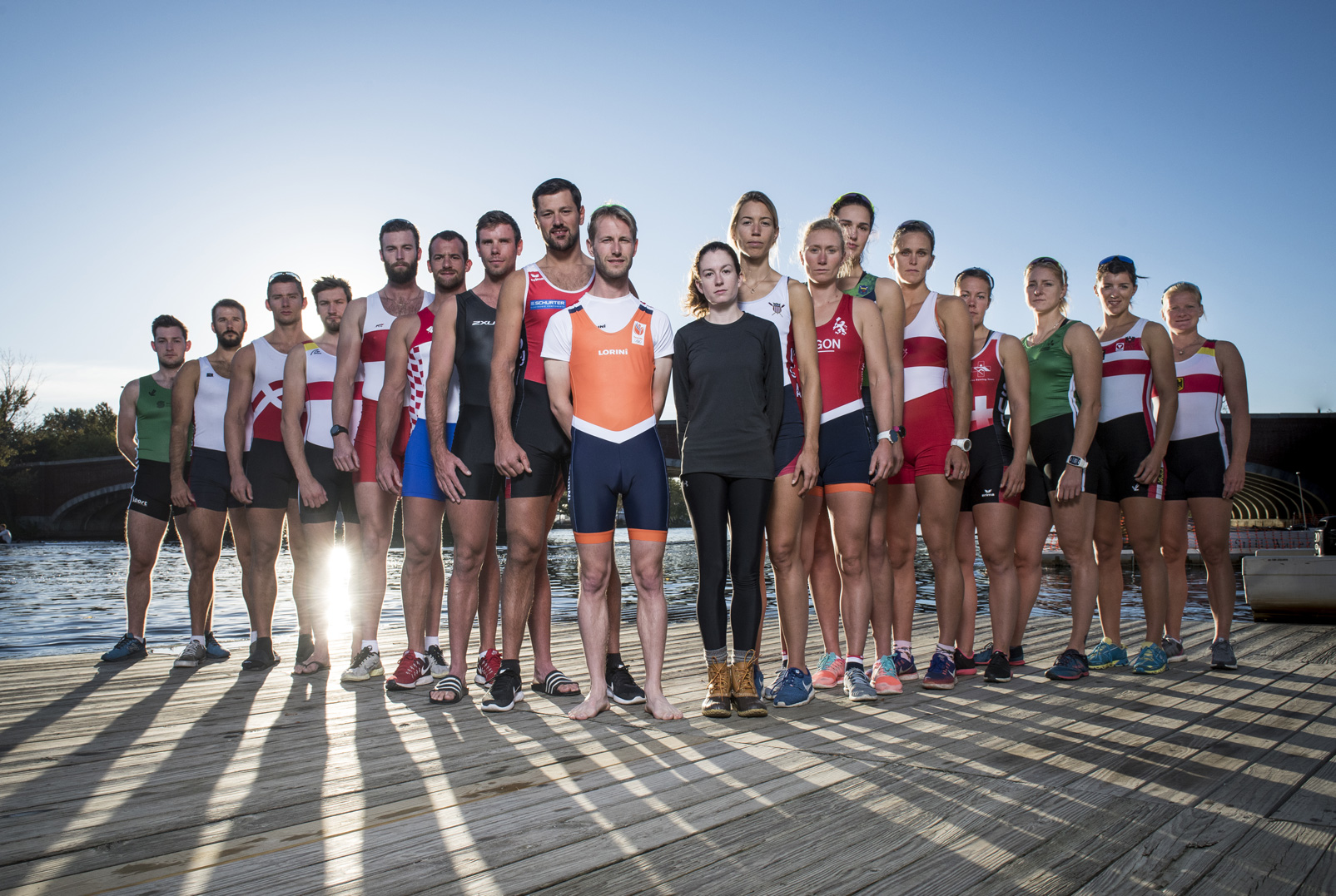 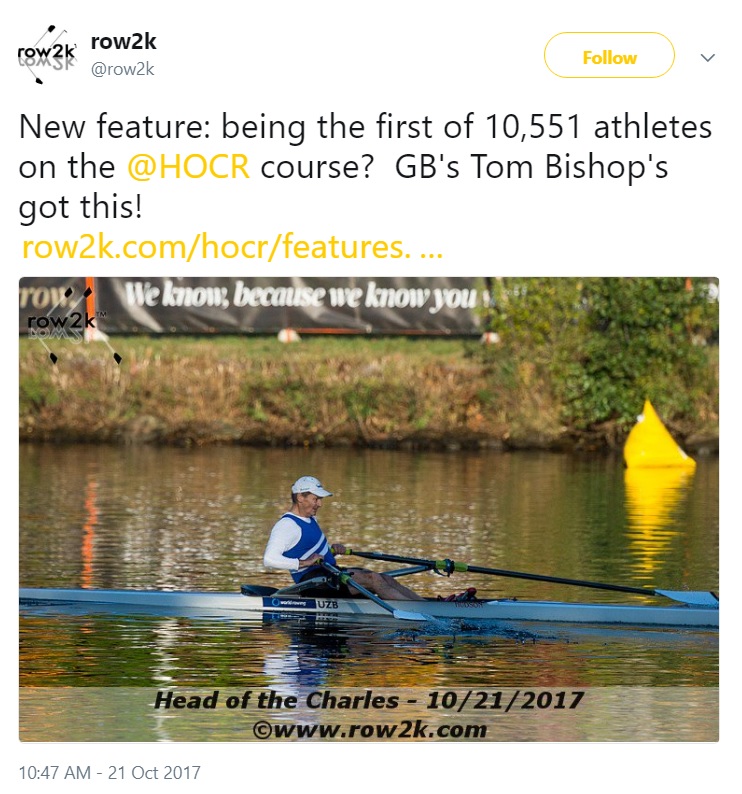 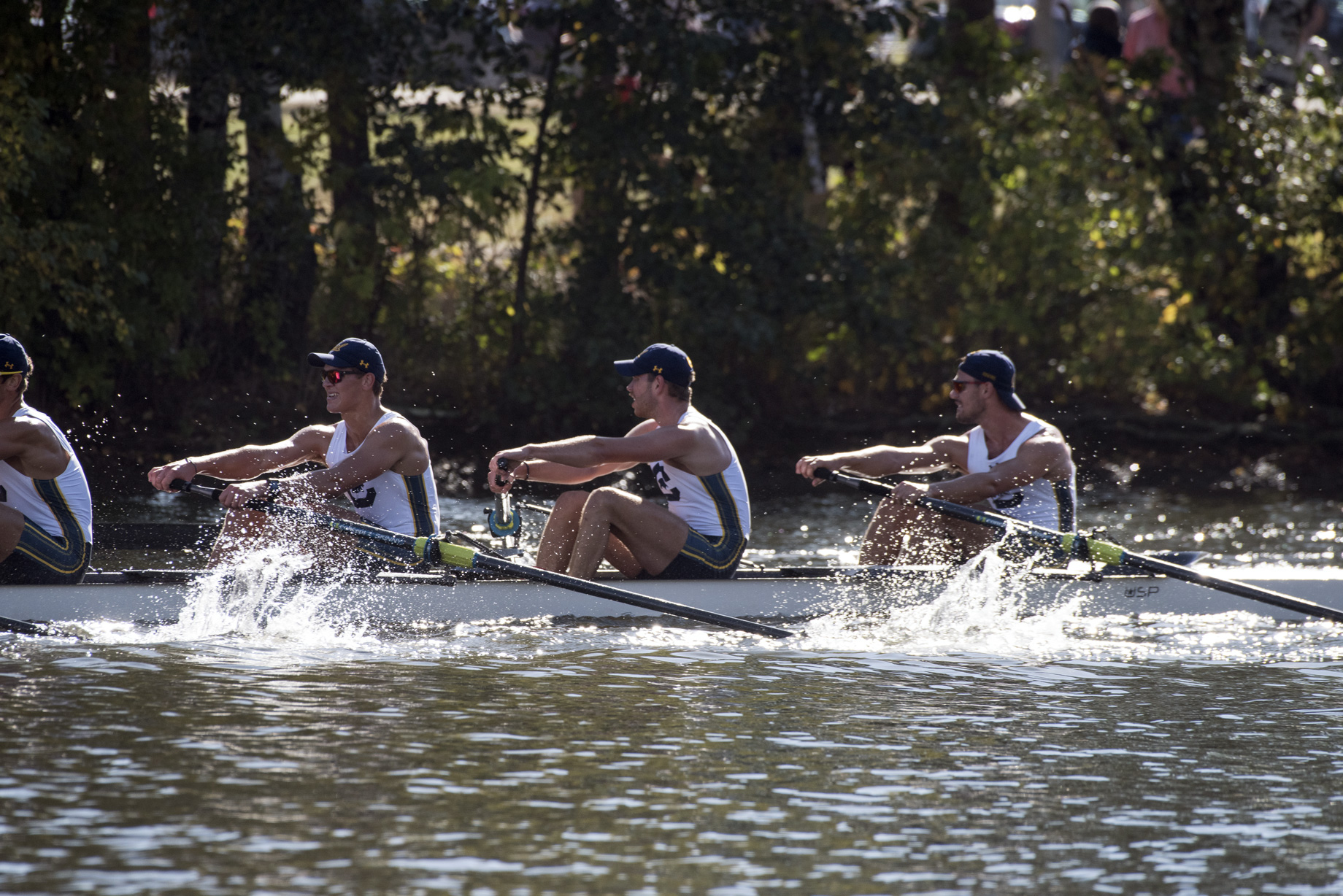 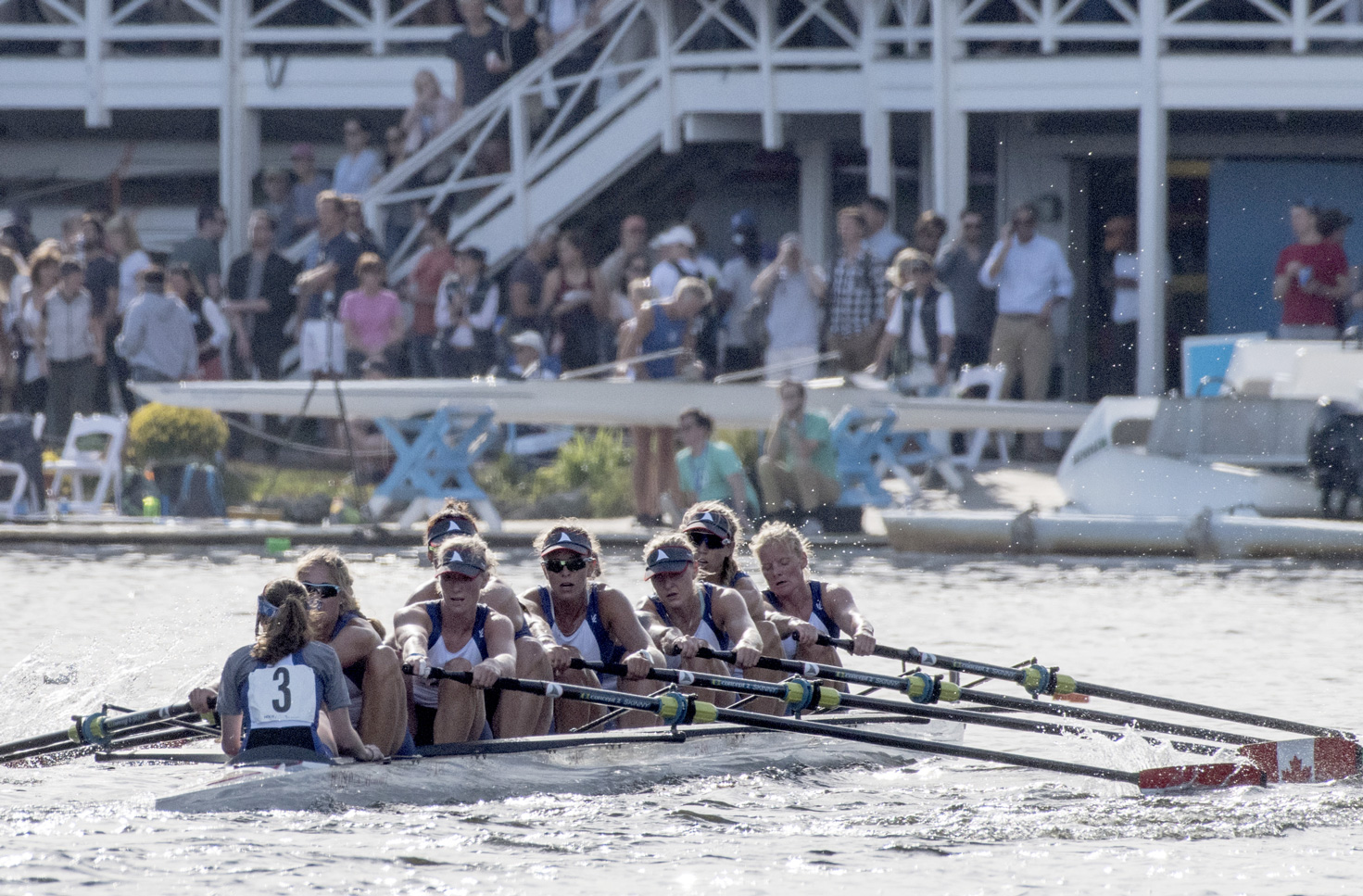 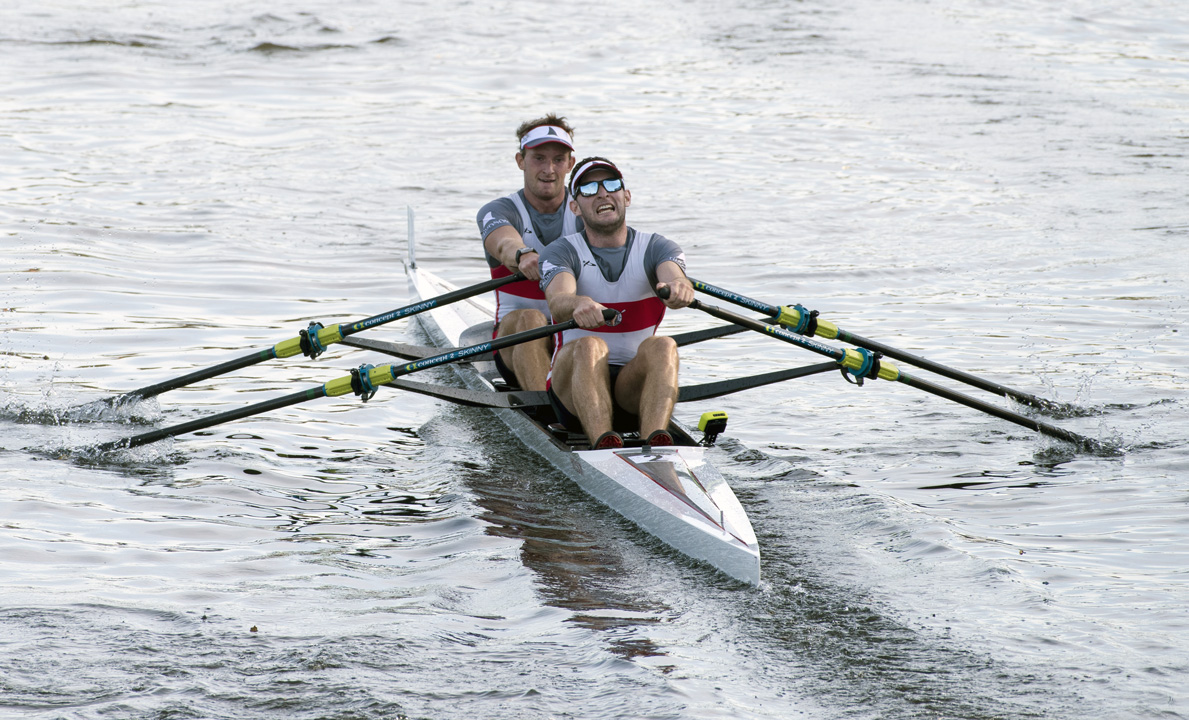 The 52nd Head of the Charles Regatta proved to be the biggest ever for HUDSON, where we hosted over 80 crews, a large number of which were international, including more than a dozen Rio Olympic medalists.

At past Head of the Charles Regattas, we've experienced all four seasons, (with at least one year having all four in one regatta) - we planned, and came to the regatta prepared. Mother Nature did not disappoint, with flood warning alarms going off on various Weather Apps on Friday evening, we were delivered a small lake in the middle of the SHARK Zone just in time for racing to begin Saturday morning. With an electric pump, and several hundred buckets hand carried, the lake was drained and a bed of hay laid before most crews arrived.

Fresh off the 2016 Rio Olympics, the worlds top scullers joined HUDSON and Concept2 in the SHARK Zone as members of the Women's and Men's Great 8+'s. Featuring the past two Olympic champions on the Women's side, and the past four (in two Men, with two titles each) on the Men's side, the lineups looked strong.

Beyond the Great 8+'s, the SHARK Zone was host to a number of other recognizable medalists including five Gold Medalists from the dominant GB Men’s sweep squad and the O’Donovan brothers from Skibbereen, Ireland whose inspirational Silver medal performance in the LM2x caught the imagination of a nation. The brothers arrived in Boston complete with their own camera crew. Pull like a dog. 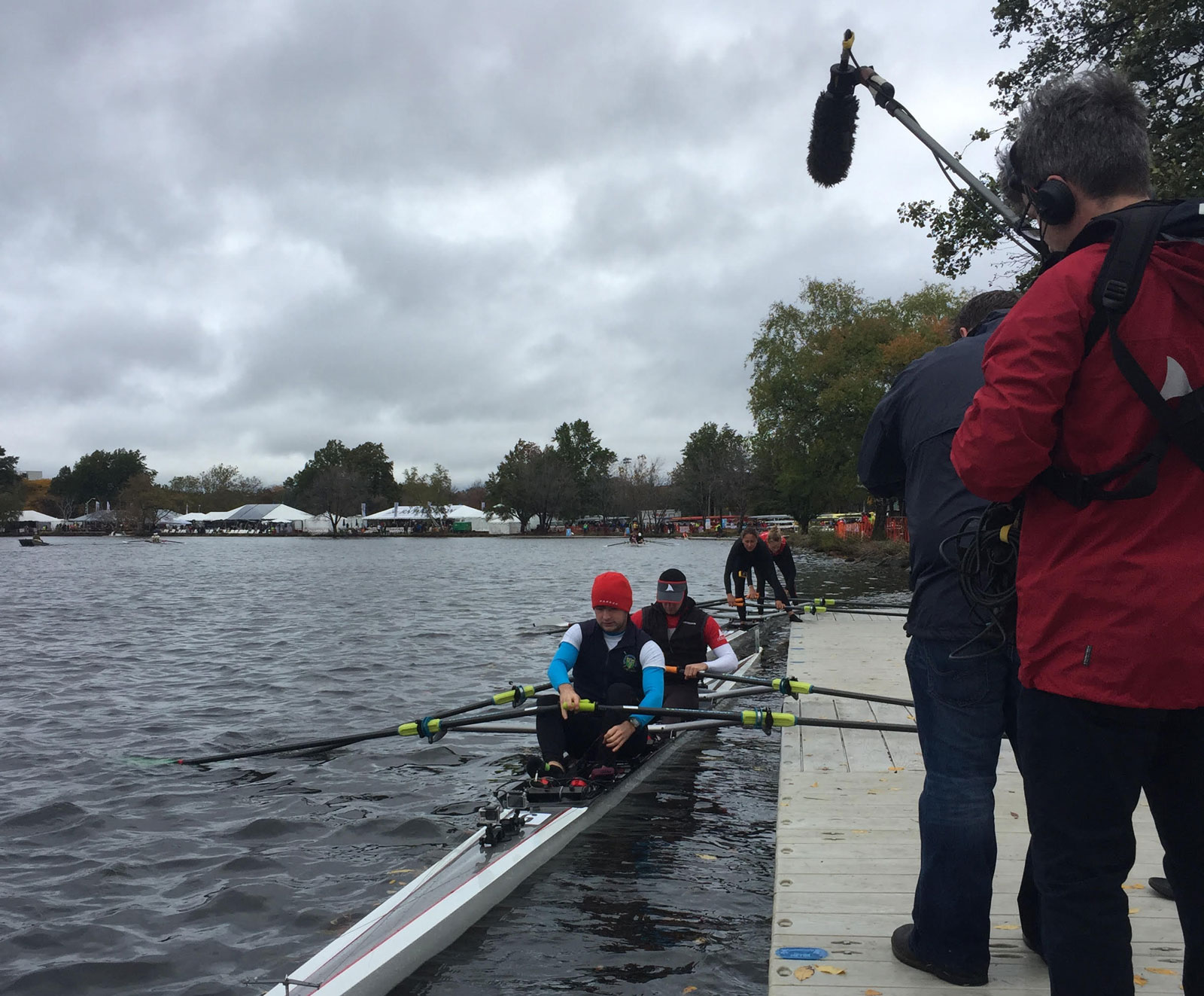 The Women set a punishing pace, gapping the Olympic sweepers 8+ at every mark, leaving them over 15 seconds behind at the line. 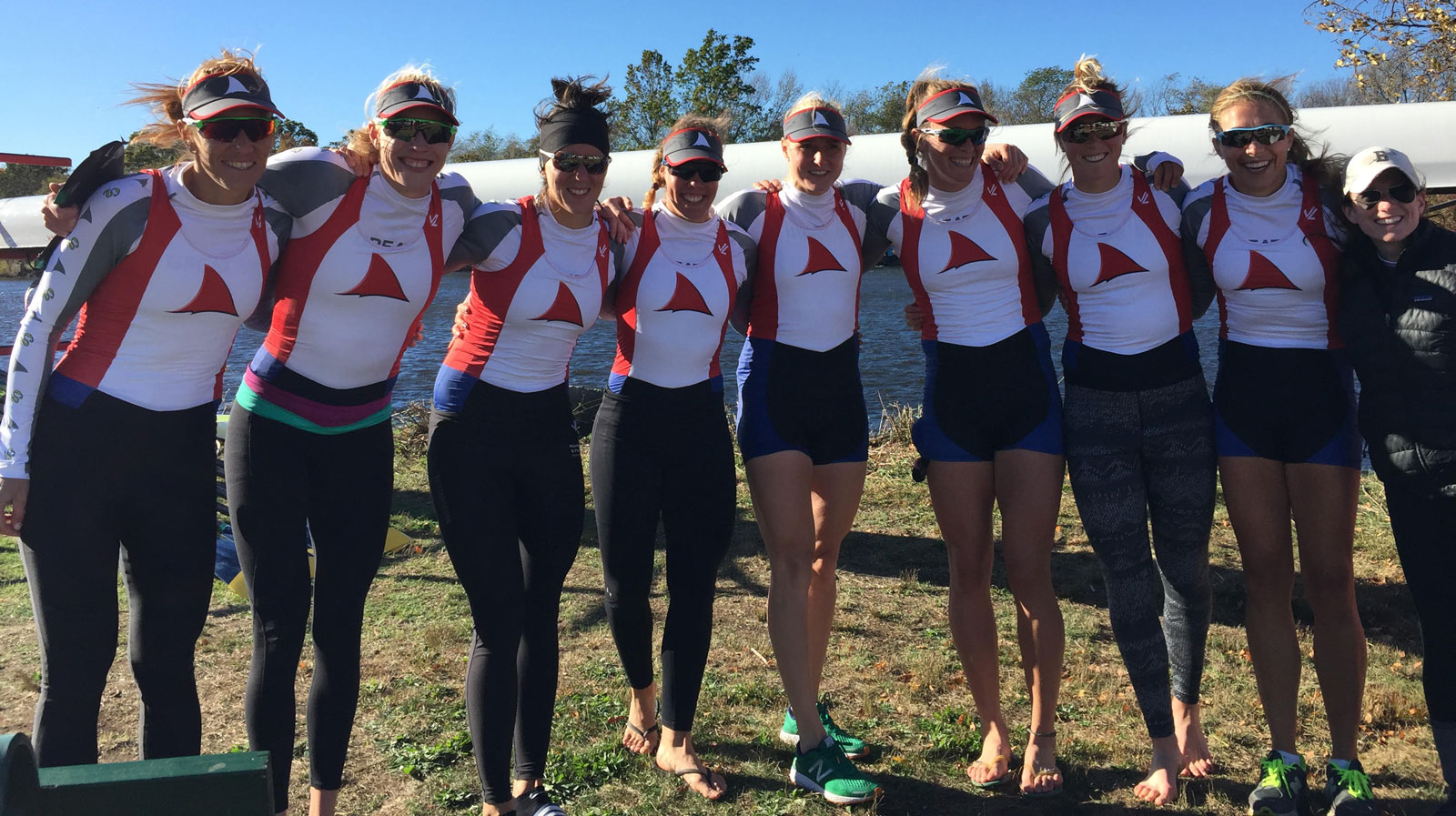 Not to be outdone, 2016 Olympic Bronze Medalist in the M2x Kjetil Borch, took to the Championship 1x in a U1.42 to win his third title. 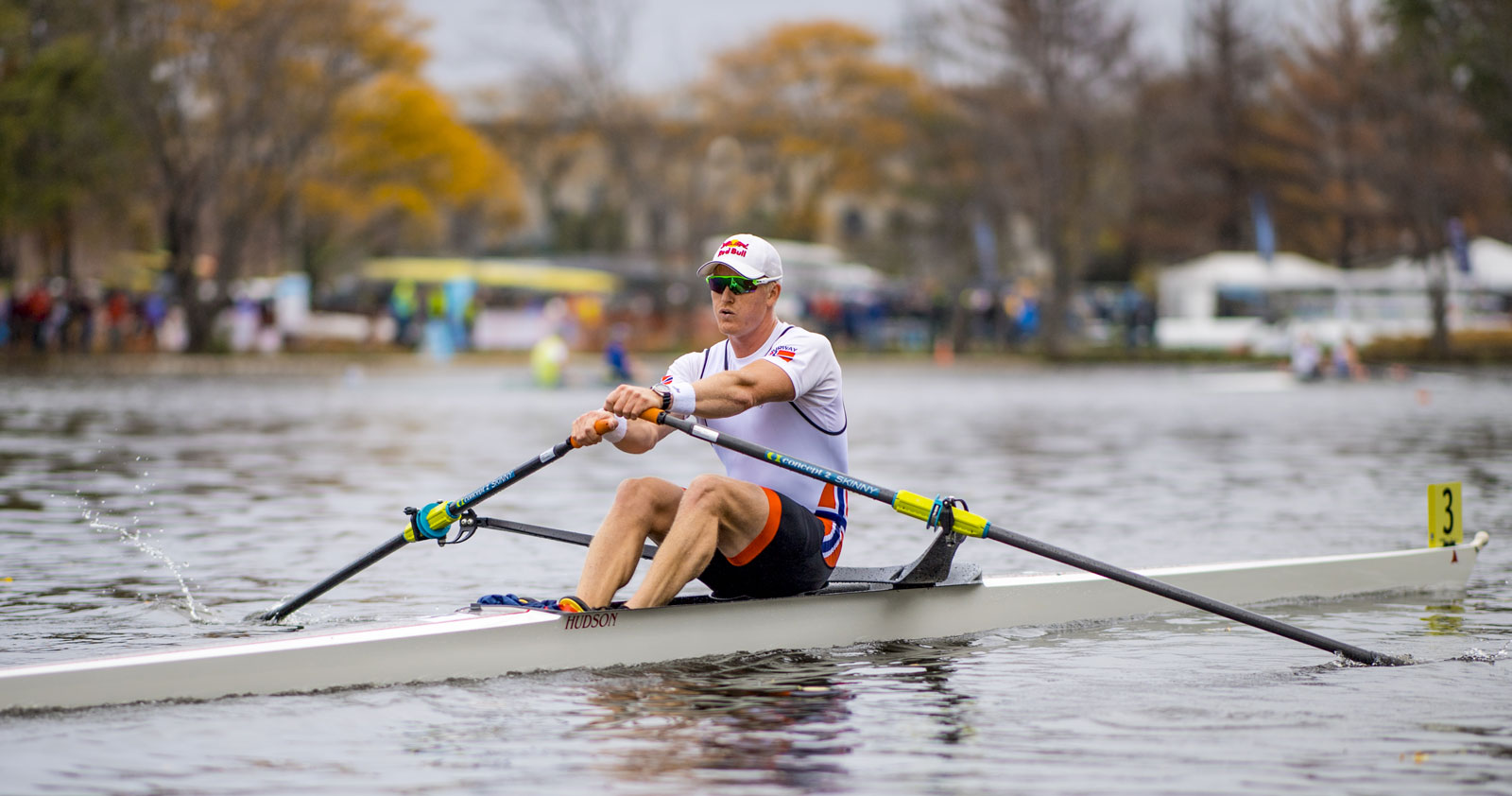 While the Men's Great 8+ struggled to find the same rhythm that brought them victory in 2014, Row360 did not miss the opportunity to watch and the get the blow by blow on the epic Men's 1x battle in Rio with Mahe and Damir. 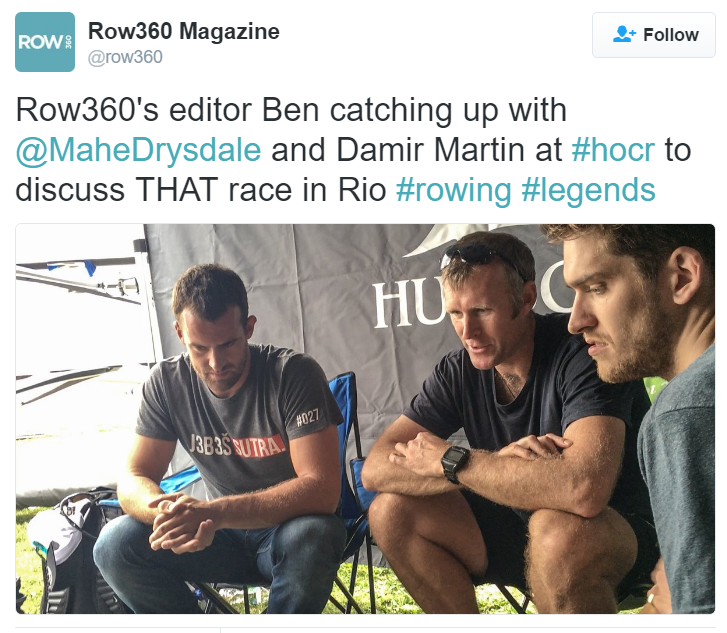 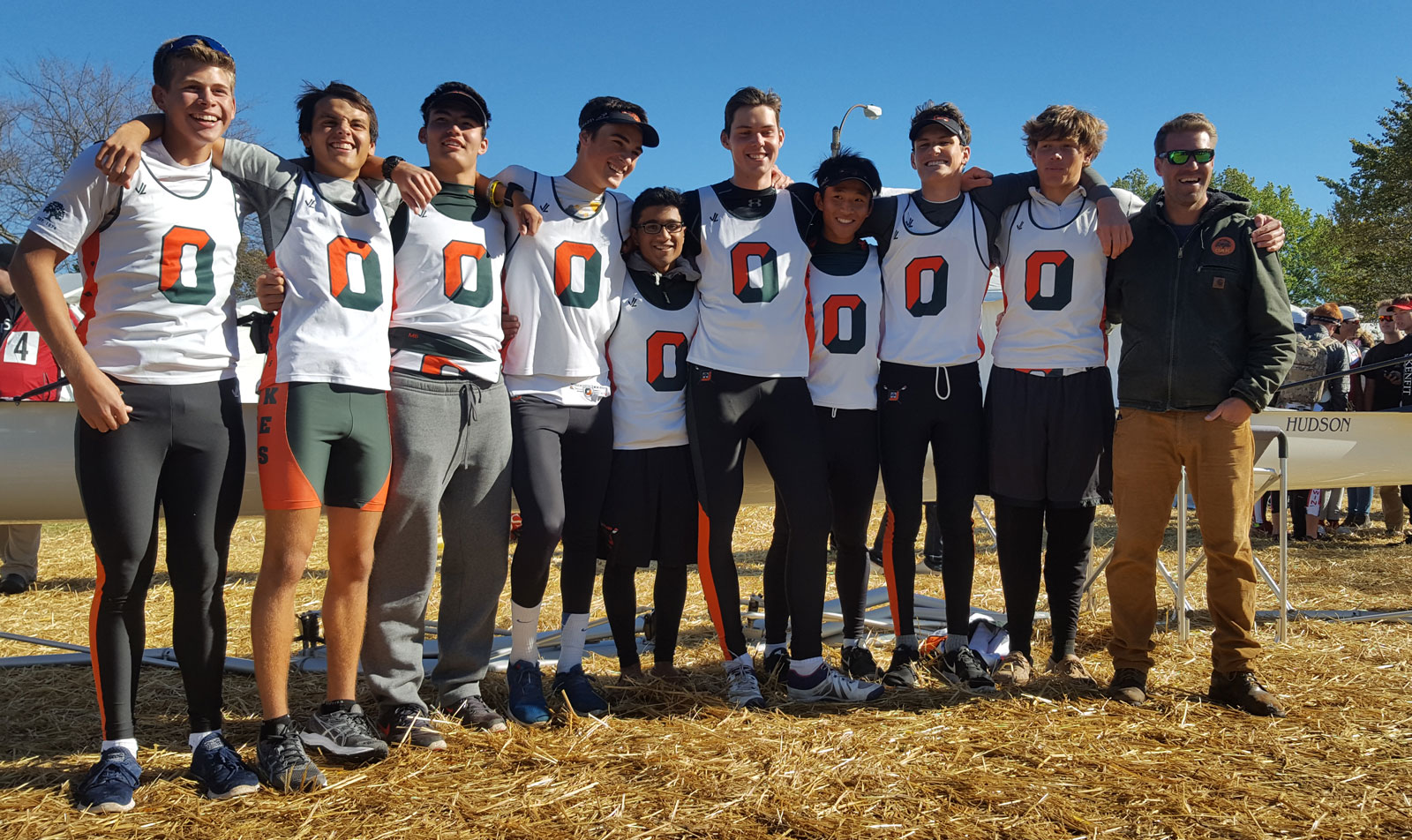 Rio has a Flair for the Dramatic

HUDSON Boat Works is proud to announce its first fleet sale in Brazil with a purchase of eight boats by the historically significant, Clube de Regatas do Flamengo, a few months ahead of the Olympic Regatta and the 121st anniversary of the club. Clube de Regatas do Flamengo was founded as a rowing club in 1895 by a group of men who used to gather at Café Lamas, in the Flamengo neighborhood of Rio de Janeiro. 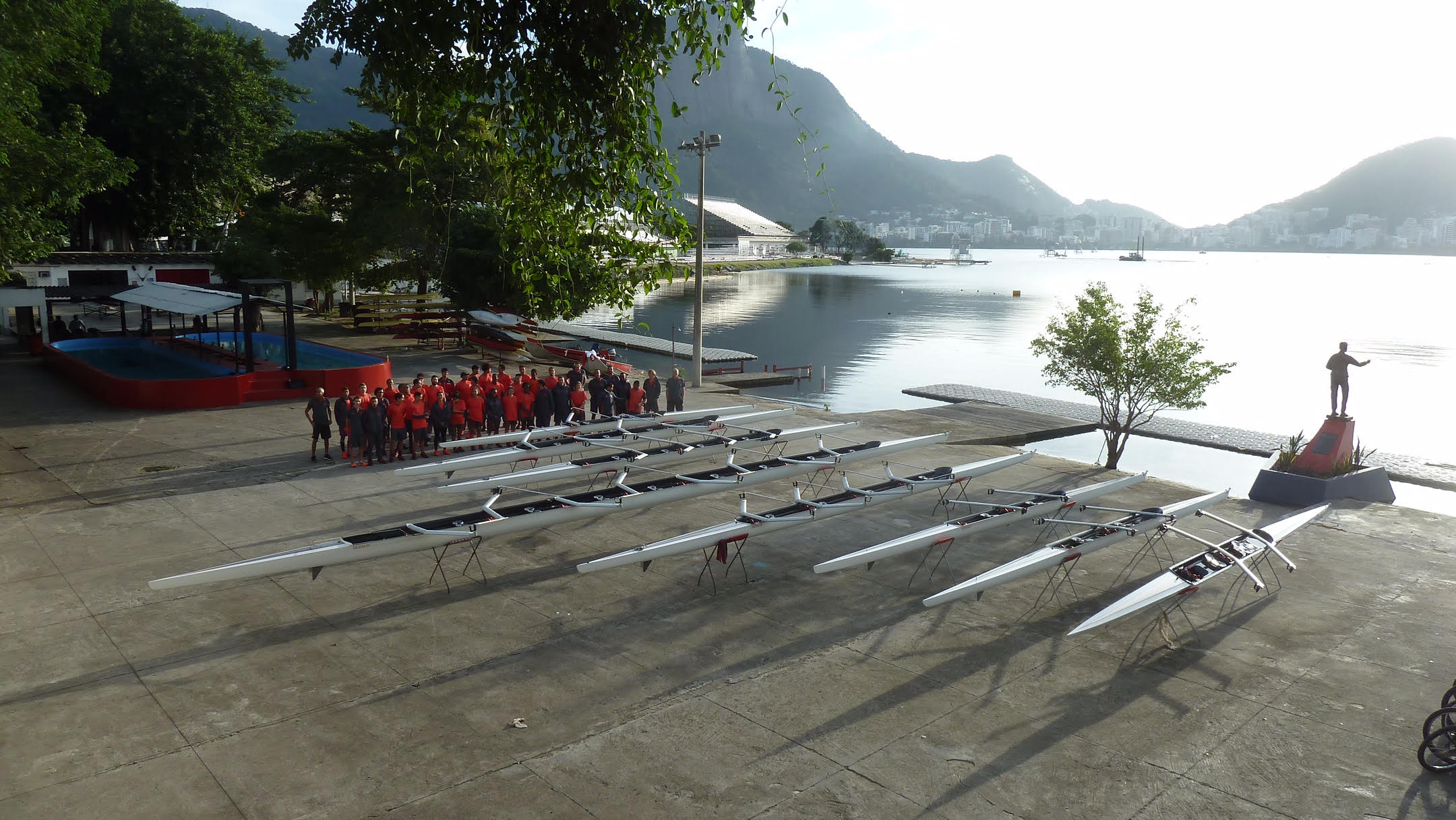 The Brazilian sports club’s most significant sporting outlet is the football (soccer) team which played its first official game in 1912. Flamengo became one of the most successful clubs in Brazilian football, having won five Campeonato Brasileiro Série A titles, three Copa do Brasil titles and a record 33 Campeonato Carioca trophies. Its traditional playing colors are red and black hooped shirts with white shorts and red and black hooped socks

The rowing club is located on some prized Rio real estate situated on the edge of Lagoa Rodrigo de Freitas, in the heart of Rio located between the world famous beaches of Copacabana and Ipanema and the spectacular backdrop of mountains, the Tijuca Forest and Christ the Redeemer statue at Corcovado. The Flamengo Club sits at the finish line of the 2000m regatta course that will be transformed into an Olympic venue and host the Rowing events for the 2016 Olympic Games. 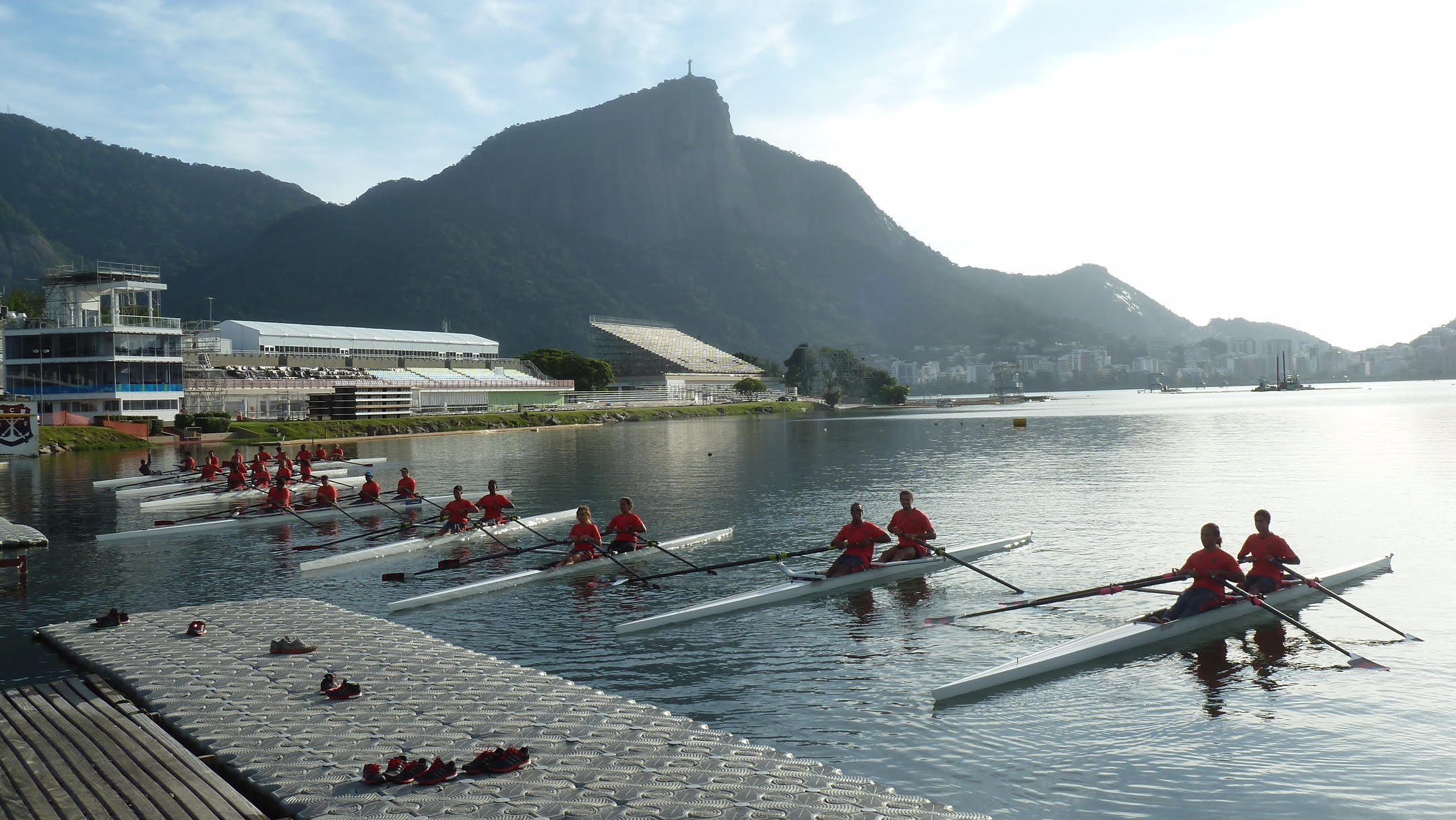 Horacio Sicilia, HUDSON Authorized Agent South America, worked closely with Mr. Bruno Cotecchia, Rowing Vice President, Mr. Leandro Loureiro, Rowing Head Coach, and Edson Figueiredo, Rowing Manager, to confirm the sale of eight HUDSON Shark rowing shells including three 2x’s, one 2-/x, one 4-, two 4-/x, and one 8+. Recently the fleet of SHARKS were celebrated and christened by the Flamengo Club which can be seen in the image gallery and have quickly become the boat of choice for all competitive members.

HUDSON is excited to welcome Clube de Regatas do Flamengo to the SHARK side and looking forward to building a supportive relationship with this flagship rowing club.