HUDSON™ was born as Hudson Boat Works in 1981 when Jack Coughlan, his wife Dallas (nee Hudson), and Hugh Hudson founded the company. It was a company with family at its core. Jack remains the majority owner with Glen Burston, Operations Manager, being the driving force behind the present and future HUDSON. Since 2005 Glen has applied his Master of Engineering knowledge and National level rowing experience to transform the company into a cutting edge manufacturing success.

Industry success requires continuous technical innovation, intuition, and risk. While boats and oars were historically made from wood, Jack knew that composite designs were the way of the future heading into the '80's. HUDSON was the first rowing boat builder in the world to comprehensively convert its fleet to composite construction combined with aluminum wing rigger technology. Today, this is the industry standard at the top level of the sport.

In conjunction with the design technology HUDSON has worked with composite material suppliers to adapt aerospace technology to create a new proprietary SHARK carbon for the SHARK Predator line that has lead to a hull construction that is 4 times more impact resistant and 50 per cent stiffer than the previous Elite construction. When it came time to develop the Ultimate SHARK Predator, HUDSON leveraged relationships with suppliers to create a proprietary laminate of unparalleled stiffness and durability within a rowing hull application. HUDSON is continually setting the pace for high performance rowing shell manufacturing.

Glen attributes a big part of the HUDSON success to the skills and creativity of the manufacturing team. HUDSON boats are custom built which require technical skills and strong attention to detail.

HUDSON boats have won 86 medals at the Olympic and World Rowing Championships since 1984. In the Men's 8 competition at the 2004 Athens Olympics the World Record of 5:19 for the Olympic distance of 2000m, was set by the United States in a HUDSON.

We've come a long way from the company that started out with two employees in a garage. We are now housed in a state-of-the-art factory next door to Lake Fanshawe.  HUDSON has stepped out on to the world stage, but we're true to our roots and proud to say we're built in London, Ontario, CANADA.

HUDSON has a rich history, but we're more excited about what's coming in the months and years ahead. We invite you to learn more about what it means to Be a SHARK and join the attack as we continue to set the pace of high performance rowing. 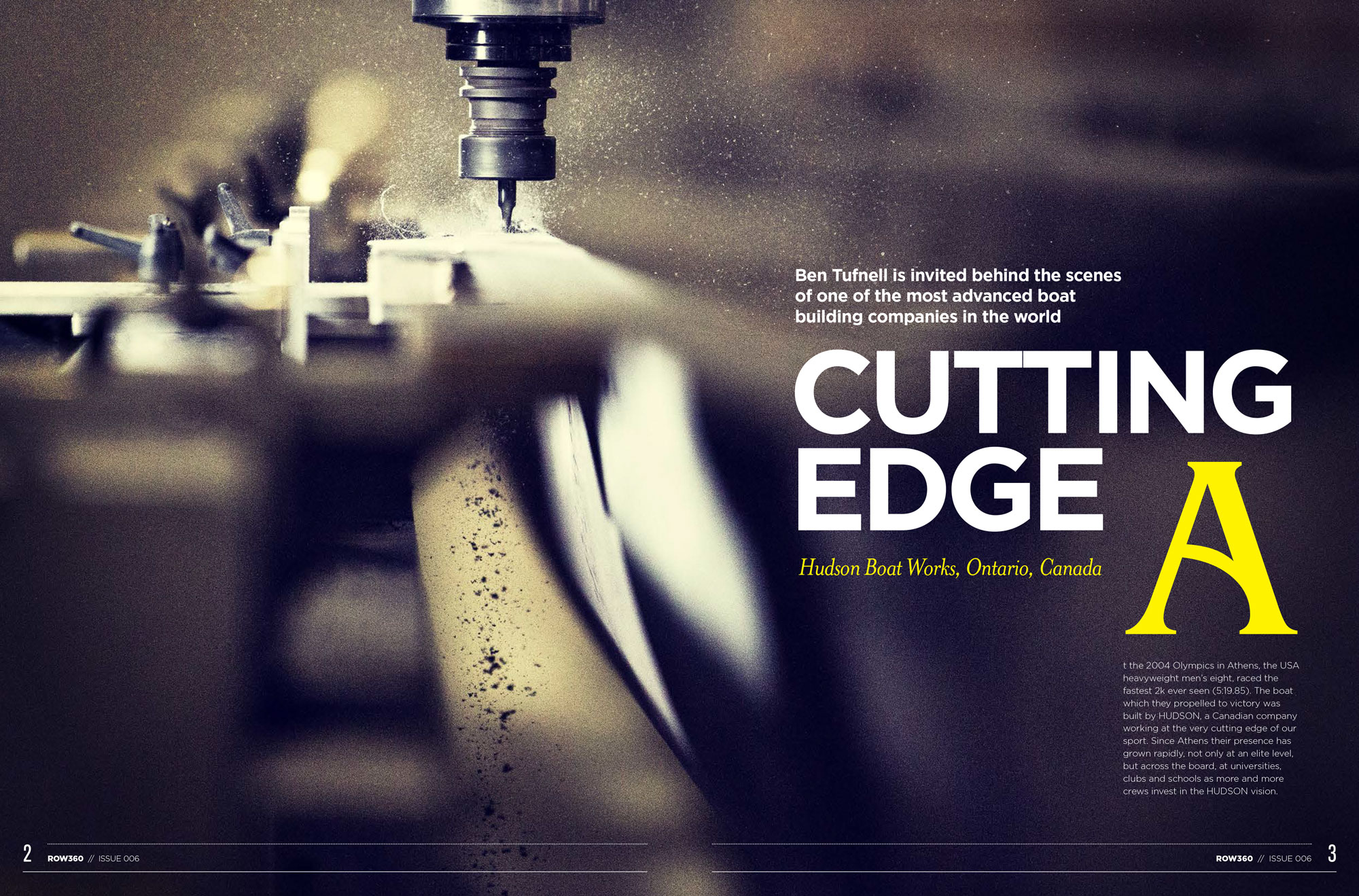